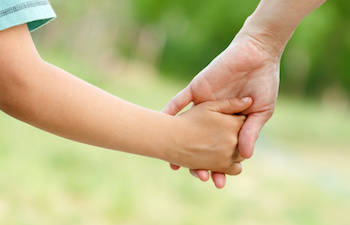 The longer I treat children with eating disorders, the more I begin to doubt the usefulness of exact nomenclature.

In 2000, at the founding of our Kartini Day Treatment Unit, now called Kartini Partial Hospitalization Program, nearly 80% of all the patients we saw carried a diagnosis of anorexia nervosa (correct, I think), of which the overwhelming majority had the restricting form. This may have been partially an artifact of the age of the patients we treated (children and adolescents) in whom this eating disorder is the most common kind, but I think the fact that today we also see a large number of children with the diagnosis ARFID (avoidant restrictive food intake disorder) represents a shift in the consciousness of general physicians, dietitians and therapists towards a more advanced understanding of weight loss and poor growth in childhood.

In medical terminology, children who lose weight, eat poorly and do not grow well are referred to as having “failure to thrive” (FTT).  Volumes have been written in the general pediatric literature about FTT and its various causes, but the mnemonic I was taught in residency was “heart, kidney, mothers, others”.

Problems with the “heart” or “kidney” are relatively easy for medical providers to rule out, but “mothers”?  Although there certainly are cases of child neglect—and we do see them—this is a rare cause of FTT. In retrospect, “mothers” as part of the mnemonic probably reflected the general tendency to blame parents for their child’s illness when the cause was unknown. Today I would say that the cause of FTT is mostly “others”, meaning a whole range of conditions that can interfere with growth and development. More about that in a moment.

One of the goals of the DSM-5 (Diagnostic and Statistical Manual, 5th edition) was to raise awareness of the fact that children were not “miniature adults”, and as Dasha Nicholls, British eating disorder specialist so aptly put it at the end of the last decade, “children into DSM don’t go.”  Children who carry a diagnosis of anorexia nervosa may not exhibit all of the features of the adult form of the illness. This is, in fact, common in pediatric diagnoses of all types: rheumatoid arthritis, leukemia, depression, anxiety, sepsis and many more. The creation of the term ARFID was meant to acknowledge these differences.

According to the DSM 5 ARFID is defined as “an eating or feeding disturbance (e.g., apparent lack of interest in eating or food; avoidance based on the sensory characteristics of food; concern about aversive consequences of eating) as manifested by persistent failure to meet appropriate nutritional and/or energy needs associated with one (or more) of the following”:

ARFID does not, in my view, refer only to selective eating, for example. Just look at the examples listed: apparent lack of eating or interest in food  (this can be the appetite suppression of depression, malignancy, trauma, or medications prescribed for ADHD (oh yes, we see lots of this!) or cancer; avoidance of food based on sensory characteristics (such as selective eating); concern about aversive consequences of eating (such as food phobia also known as functional dysphagia). But all of these examples are characterized by significant weight loss and/or failure to gain weight during growth, nutritional deficiency (not defined), and/or dependence on nasogastric feeds or constant liquid feed replacement and – importantly — interference with psychosocial functioning.  And to make the diagnosis, the patient cannot be thought to have anorexia nervosa or bulimia nervosa.

So what is the difference between ARFID and FTT?  Basically none. One is a medical term and one a mental health term. Or put another way, if you have one of the many diagnoses subsumed under ARFID, you will fail to thrive.

And as for psychosocial functioning, sharing meals is one of the glues of society everywhere. Our obsession with weight control has sometimes obscured this basic fact, but children need to be able to eat socially with their family and friends. And failure to do so can be one of the early signs that there is a problem.

Thanks, I believe, to a recent heightened awareness of the importance of adequate weight gain in childhood and adolescence, children with any of the conditions included under the term ARFID are beginning to appear in our practice in increasing numbers. And we welcome them. Their successful treatment is one of the most gratifying things that we do.

So back to my opening statement that the longer I practice, the less important an exact nomenclature seem. Why would that be? Well, because the treatment for all of these things is the same, or very similar: ordered eating in a peaceful, age-appropriate environment with providers who understand how challenging this can be, yet who are not afraid to use nasogastric tubes where needed to reverse the consequences of malnutrition, and who understand the biology of growth and development and the importance of normal psychosocial functioning.

Because of the medical challenges associated with refeeding children with some forms of ARFID, I have heard an occasional mental health colleague wish for the days when all patients had anorexia or bulimia.  But at Kartini Clinic we say, “ARFID? Bring it on! We know what to do.”

Your child has been diagnosed with an eating disorder by one of the doctors at Kartini Clinic. Whether this is a restricting disorder with fear of fat, a bingeing and purging disorder or what we call ARFID (avoidant restrictive food intake disorder), it matters little.  What matters is that the … END_OF_DOCUMENT_TOKEN_TO_BE_REPLACED

[Ed. note: This is one in a series of guest blogs by our Kartini School administrator, Mary Gunesch. With schools returning to at least partial in-person instruction we thought it a good time to focus on this subject.]  When a student begins treatment at Kartini Clinic, we reach out to their … END_OF_DOCUMENT_TOKEN_TO_BE_REPLACED

This post is from Kartini Clinic CEO Morgan O'Toole.  Online reviews have become part of our everyday lives. Who hasn’t glanced at the star ratings when Googling a new hair salon or looking for a restaurant to try out? Most of the time, online reviews are just another useful data point when … END_OF_DOCUMENT_TOKEN_TO_BE_REPLACED